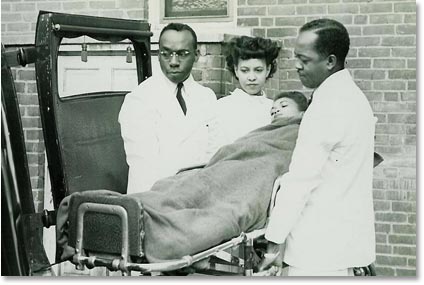 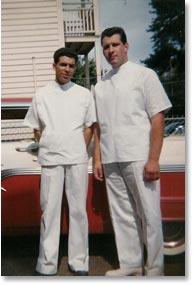 Aetna Ambulance Service, Inc. has been providing exceptional care since 1945. That’s not a typo. Since 1945! We were there at the dawn of emergency medical services and have been creating a history of operating excellence ever since.

Founded in 1945 by Howard and Herman Grady, Aetna Ambulance Service, with headquarters in Hartford, has a rich history of dedication to Emergency Medical Services and distinction in medical transportation. 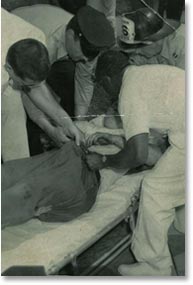 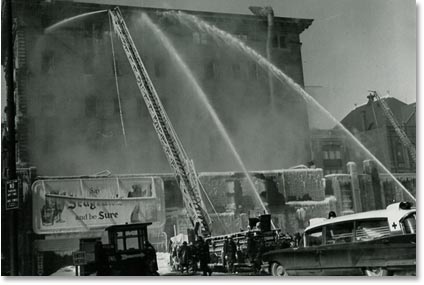 Howard and Herman Grady were brothers who began Aetna Ambulance in response to the circus fire that occurred in Hartford on July 6, 1944 and claimed 138 lives. Life was very different at that time because World War II was still in progress. People in America were working hard to support the war effort. The arrival of the Barnum and Bailey Circus was a big event everywhere they went and Hartford was no exception. In those days the arrival of the circus was usually by train and it included a parade of the animals and performers through the streets of the city. This created excitement on the part of the people who lived there and it also resulted in more people buying tickets to go to the shows. 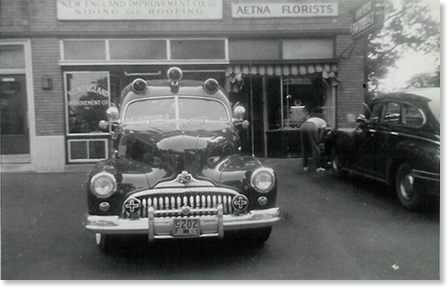 The large circus tents were set up on Barbour Street in Hartford. The tents at that time were made of canvas which is not water proof. This was a problem in the event 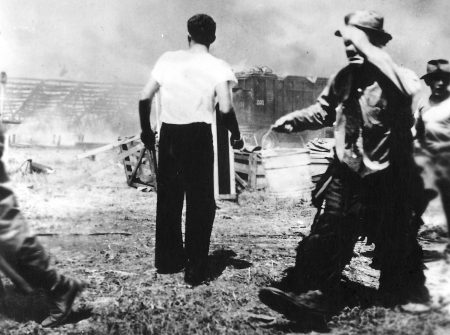 of rain so it was the practice to use paraffin to make them water repellent. Paraffin is combustible and will burn if it comes in contact with heat and flame. Someone may have been smoking a cigarette near the tent and discarded it carelessly which started the fire. The circus show was in progress at the time of the fire and the audience was made up mainly of women and children (many of the men were away fighting the war at the time). The people in the audience were seated on folding chairs on platforms. When the fire in the tent started it burned quickly and people panicked. They tried to get out as quickly as possible and in doing so some knocked over the chairs on the platforms. This blocked the escape route for those behind them.

Panic spread and there was a lot of screaming and yelling. The fire department was not on the grounds where the circus was being held and had to respond from the fire stations within the city. This took time and when the fire fighters arrived they found that the fire was burning very intensely. It had now spread and involved most of the tent with many people still trapped inside. The nearest fire hydrants were a distance away which added more delay and problems getting water on the fire. 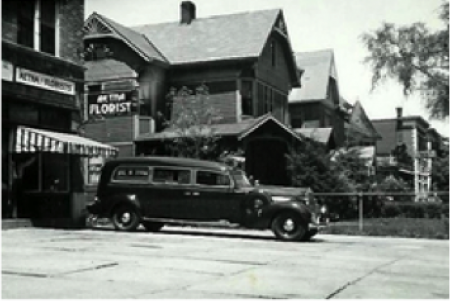 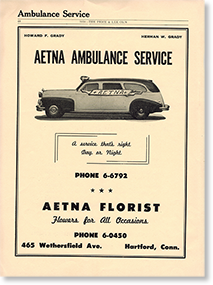 In 1944 there were no televisions. People listened to the radio for news. When word of the fire was announced a call went out for anyone with a truck or vehicle to respond to the scene to help transport the injured to the hospital. 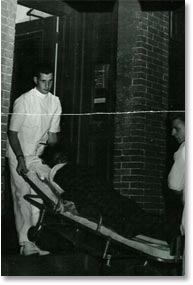 The Grady Family owned a flower shop in Hartford and they immediately used their delivery van to help. Herman and Howard Grady were brothers and both had been in the Navy as Corpsmen. They were well trained in first aid and would prove to be valuable in treating and caring for the injured. They made many trips to the hospital with patients on that day. This fire led to the national prohibition of canvas tents coated with paraffin. Tom Thumb was also a member of the circus and also lived in Bridgeport CT. 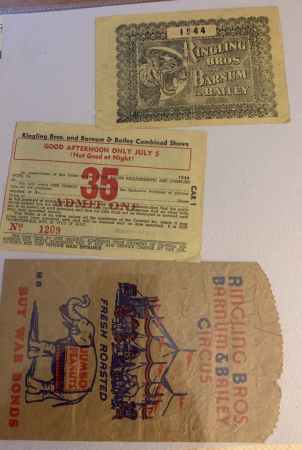 The Grady family was very deeply moved by the huge loss of life at the circus fire. They recognized a need for a full time ambulance company in Hartford so in 1945 they started one. It is very likely that in view of the tragedy everyone wanted to do whatever they could to prevent it from happening again. Aetna Ambulance was started and was run out of the Grady family home and the flower shop on Wethersfield Avenue. They responded to help anyone in need. It was common for the Grady’s to be called out of family events, holiday dinners and in the middle of bad weather or snow storms. They felt a very deep desire to help others in need. (The two brothers married two sisters Jean and Ethel). They went out into the community and taught first aid classes to help others. Jean Grady sat on the EMS Advisory board and helped other towns start ambulances to serve their communities. 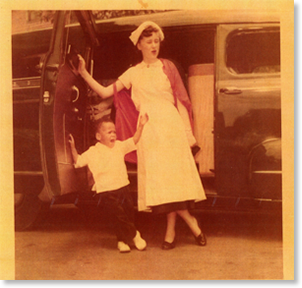 The two were later joined by their wives, Jean and Ethel, who were also sisters. The sisters, known as “the ladies” were instrumental to the operation of the company and remained intimately involved until their retirement in 2006. The Grady sisters passed away within days of one another in 2008.

It is a point of pride for Aetna employees that the company has such a rich history. More than ten years before the civil rights movement took hold in America, the Grady’s, who were African-Americans, were operating a successful business that fulfilled a vital public service need. 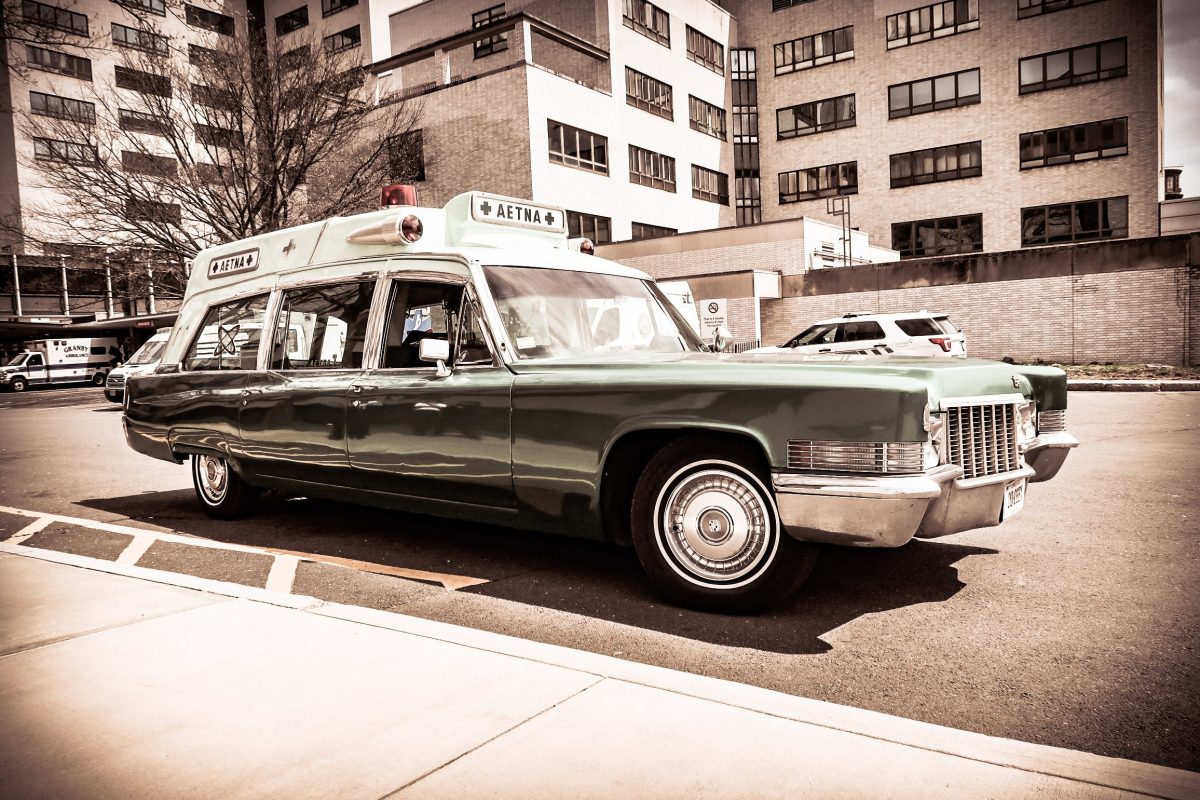 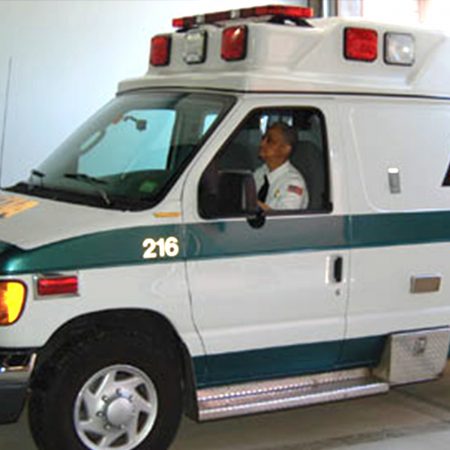